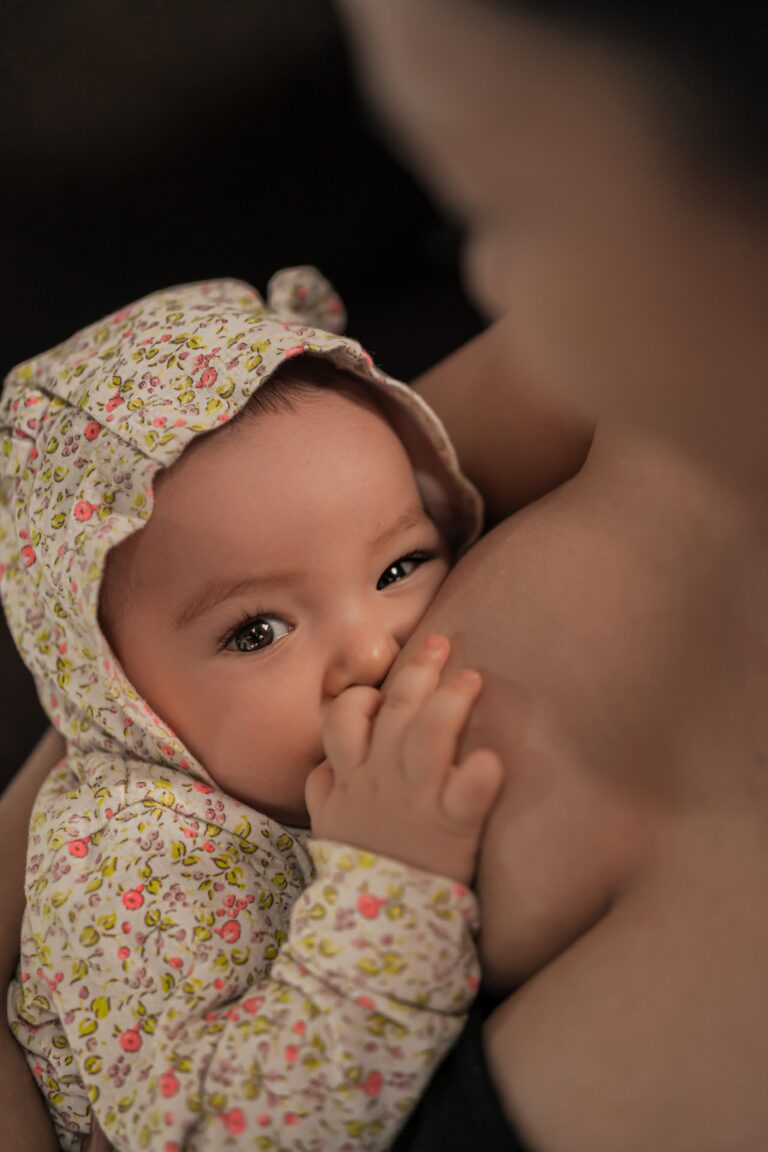 Joey believes in the importance of fostering supportive and inclusive environments. We support the use inclusive language, such as saying “chestfeeding” instead of “breastfeeding,” in solidarity with the transgender community as well as the use of the term “parents” instead of “mothers” and “children” instead of “babies” since some children nurse well into early childhood. We built this platform in hopes of empowering parents to know the facts, and feel confident in their journeys to achieve their individual nursing goals. As all families’ journeys are different and very personal, we support the belief that a well-nourished, healthy child is indeed the ultimate goal for parents and medical professionals, alike.

With that being said, we can’t whitewash over the vast volumes of clinical research that point to the benefits of human milk over infant formula, for both the health of mothers and their babies. In an effort to spare parents the hurt feelings or perceived shame of “failing” at breastfeeding, the pendulum has swung too far to the other side; attempting to equate infant formula as nutritionally-equivalent to breast milk. We can’t stand by that statement because it’s simply not true.

In 2016, the World Health Organization (WHO) passed guidance on ending the “inappropriate promotion” of foods for infants, which included “breast milk substitutes” (aka infant formula). It has been concluded time and again that infant formula does not lead to optimal health in children (and also mothers). There are too many documented, medical benefits for us to summarize here that support the superiority of human milk, but we are going to give it a try anyway. Parents are being misled by infant formula makers in pursuit of profits and we are going to tip the scales back towards full disclosure by trying to create one of the largest clinical databases of lactation/nursing benefits.

Nobody should feel any negative stigma or shame if they decide not to nurse their children or did not achieve their own, personal infant-feeding goals. There are numerous reasons why nursing might not be the best option for families. Know that we stand with you and support you, whatever your ultimate decision is. Our hope today, however, is to provide enough data to help those parents who are “on-the-fence” about how they plan to feed their babies, or just aren’t sure if they have the support or motivation to see it through. We are here to offer encouragement, support, and overall empowerment. We stand with you because we know, in the end, that you are always acting in the best interests of your family.

We in no way feel that a parent, who has been provided with appropriate education and support, still ultimately choosing to formula feed their child is making a “wrong” or “bad” choice by any means. We also feel that, at times, with adequate and experienced lactation professionals working alongside other medical professionals overseeing the care of families, supplementation of infant formula is necessary and best. Our co-founder, Christine, is an IBCLC (International Board Certified Lactation Consultant) which is considered the “gold standard” in the lactation field. Much of her training, as for all IBCLCs, recognizes the importance of supplementing with infant formula, when it’s medically necessary for the wellbeing of the child.

But, supplementing with infant formula has its place in a medical treatment hierarchy. A great analogy would be a person fighting cancer. A cancer patient might be advised to have surgery to remove a cancerous tumor as a 1st line treatment. After surgery, this person might pursue chemotherapy and radiation treatments as a 2nd line treatment. And if both first and second line treatments don’t deliver the desired outcome, 3rd and 4th line treatments would then be recommended by oncologists. Depending on the type of cancer and what treatments are available on the market, the supervising physician might recommend a different course of action than what is laid-out above.
A feeding plan that incorporates supplementing with infant formula in conjunction with human milk operates in a similar way to other “medical” treatment plans. The WHO, UNICEF, and CDC all recommend lactation/nursing as a 1st line treatment for optimal infant nutrition because of its evidence-based benefits when compared to all other feeding solutions. This is achieved both by directly breastfeeding or providing pumped milk for their children.
If a parent can’t nurse or provide pumped milk, then they should move onto the 2nd line of treatment for infant nutrition, which is providing human donor milk, if available. The 3rd line of treatment would be supplementation with infant formula / or other breast milk substitutes. Infant formula is still a tool and it does have its place in medicine, but principally as a back-up option, when needed. It’s almost never the first choice for optimal child health because it’s medically inferior to breast milk. Our discussion below focuses on the evidence-based child health benefits, as well as the many benefits to the nursing parent.

Since we are a research-led, evidence-based organization, we will transparently link to the specific clinical studies we used to aggregate this information. We have also grouped summary statistics / results together for ease of reading, e.g. all statistics surrounding risk reductions in Type 2 Diabetes for breastfed children are grouped together.

We do not make any claims to the thoroughness or accuracy of this database. We have not analyzed all clinical studies worldwide related to lactation / nursing, especially in medical journals that are not published in the English language. For clinical studies where the prevalence (or incidence) of conditions is fairly low/small, we did not include those results, primarily due to time constraints and sheer volume of work. This database represents only the beginning stages of clinical data aggregation efforts and we hope to expand upon it over time to become one of the largest compiled resources of lactation information. If you have any clinical studies you believe we should add, we welcome you to reach out and share this information with us! All data presented here is entirely from clinical studies. Every statistic is accompanied by cited sources that dig into the actual clinical studies. We encourage you to dive deeper “down the rabbit hole,” if you so desire.

For the sake of accuracy (and sometimes brevity), we have occasionally strayed from our normal, “inclusive” vocabulary. If a clinical study uses the word, “breastfeeding” for example, we do not replace it with “chestfeeding.” We do not wish to tamper with the language used within these clinical studies and hope you understand this perspective.

At the end of each section, for the sake of transparency, we have included studies where previous data showed a lactation benefit, but newer studies have disputed / contradicted these claims or where there is inconclusive / insufficient evidence to suggest a lactation benefit. For example, many clinical studies have extolled the benefits that lactation has on combating osteoporosis in women. However, we found that the clinical results are mixed, at best. The same can be said about lactation helping reduce cholesterol levels in breastfed children. If further research is published that confirms the reduced risk of osteoporosis or lower cholesterol levels from lactation, then we will update this database to reflect that.

We have organized this database of clinical information into the following three sections:

Benefits of Nursing for Children

Benefits of Nursing for Mothers

Menu
Made with  by a Lactation Consultant & Pediatric Nurse